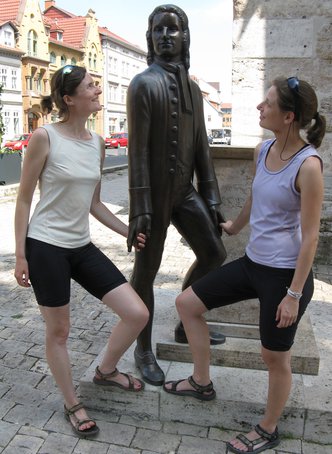 Mareike Neumann and Anna-Luise Oppelt studied together at the Music University of Detmold.

Since 2011, Mareike Neumann is a professional violinist with the Beethoven Orchestra Bonn, after playing with the Philharmonic State Orchestra Hamburg and the Museum Orchestra Frankfurt. She is also playing as a baroque violinist in several ensembles and since 2007 as a member of Ensemble Horizonte for contemporary music.

Anna-Luise Oppelt is a professional freelance mezzosoprano, having obtained her bachelor´s and master´s degree of Voice at the Music University of Weimar, after receiving her state exam and diploma as a certified violin and singing teacher. She is performing as a soloist in opera and concert and has been regularly invited to perform as a member of the radio choir of the MDR in Leipzig, NDR in Hamburg, the Vocalconsort Berlin and several other ensembles.

Both undertake extensive bike tours together, including Norderney to Detmold (2006), Passau to Berlin (2008), Orleans to Biarritz (2010), Berlin to Danzig (2013) and Klaipeda to Tallinn (2017), and for eight years now have been guiding Bach and bike enthusiasts along this tour, an extraordinarily inspiring combination of nature and culture following Bach’s footsteps. 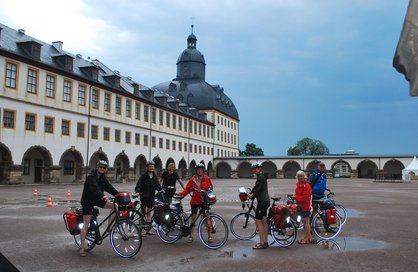